Your wedding venue suddenly closing just a fortnight before your big day is unthinkable, but for Fiona Milne and Dave McBain, it was actually the best thing that could have happened.

Fiona tells us how the kindness of strangers – especially those at one of Aberdeen's newest hotels - saved their Leap Day wedding...

“We’d been engaged for more than 20 years when we finally decided to plan our wedding – and it had actually been me who proposed!

We’d been out for a walk just eight months after meeting, talking about our relationship and where it was going. The moment got the better of me and I asked: “If we’re still together in 10 years, will we get married?” He said yes – but life got in the way.

Fast forward to now and we’re both back at work full-time with two children who are old enough to enjoy a wedding. In fact, our 12-year-old daughter was my bridesmaid and our 18-year-old son walked me down the aisle… He was beaming with pride in the photos!

I’d proposed to Dave on 24 February all those years ago and, whilst that was a Tuesday this year, we realised that 29 February was a Saturday. Tying the knot on Leap Day couldn’t have been more fitting!

So, the date was set and we’d be saying, “I do” at the Hilton Treetops. But just two weeks before – just after we’d paid the balance and tasted our menu – disaster struck.

A friend rang me, having heard that staff were being sent home from the venue. Panicking, I phoned to check but didn’t get anything concrete – they said someone would be in touch the following day to assure me everything was fine. A few hours later, though, it was all over social media – they’d closed. 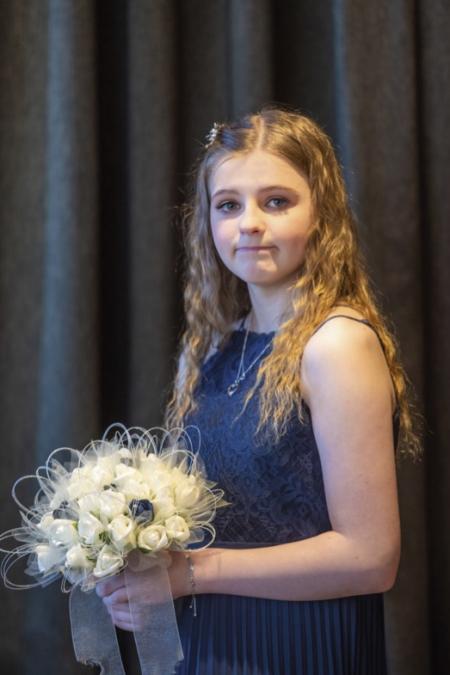 In shock, I posted on Fubar and, within half an hour, the head chef at the new Crowne Plaza Aberdeen Airport was in touch to see what they could do.

Lots of other kind event managers tried to help too, but the Crowne was one of only two venues with our date free. I went to see it with a friend and fell in love – they gave us such a good deal, too.

The team went above and beyond. I’d not actually had much input at the Treetops, so we started from scratch and they created the wedding I wanted – adding so much more than we expected.

Our theme was simple and classic – and chosen by my daughter, Chloe! Her dress was navy and mine was full-length with a bit of a train and lots of embroidery. I wore an Art Deco-style cape and blinged up Converse – Chloe had the same. Dave was in the Royal Pride of Scotland tartan.

Our whole wedding took place in the Crowne Plaza and it really couldn’t have been better. They kindly gave Chloe and I a room the night before and treated us to lots of goodies, like brownies and chocolate-covered strawberries. We had a humanist ceremony, then headed to the ballroom for the meal. This amazing space, complete with a private bar and seating area, was then turned around for the disco.

The venue was actually the best bit of the wedding for us! We were constantly amazed by the kindness of strangers and impressed at everyone pulling together.

Funnily enough, the most important advice I’d give to others planning a wedding would be to take out wedding insurance. Unfortunately, we didn’t and we’re finding it very difficult to claim back any of our payments to the original venue.

Most other brides and grooms I speak to have said they didn’t take out insurance and some didn’t even know it was an option. I’d urge everyone to do it – you just never know what could happen.

And whilst I wouldn’t wish anyone else to be in our position, if any other couples do find themselves here, don’t be too disheartened – the power of social media and the kindness of strangers will amaze you. Everyone wants to get involved and help, and you could end up like us: with a wedding that’s better than you could have ever imagined!” 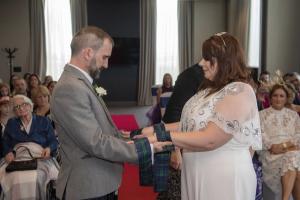 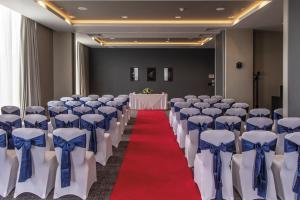